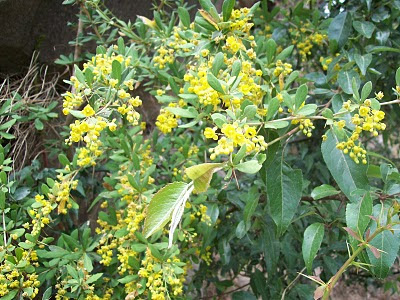 The Himalayan Berberis, Berberis aristata grows wildly near Dharamsala. It is called 'Daruharidra' in Sanskrit which means 'Tree turmeric'. It has many medicinal uses in the Indian systems of medicine . The flowers are a very attractive yellow, which cover the bush entirely. 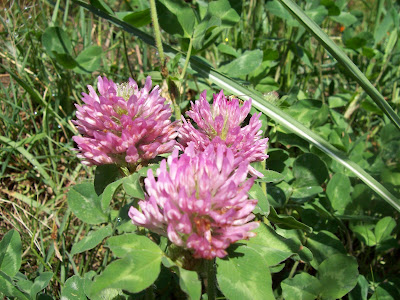 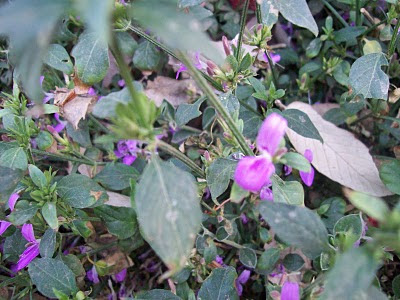 The tiny violet flowers of the Himalayan Peristrophe are very pretty. This wild flower is also seen near Dharamshala. 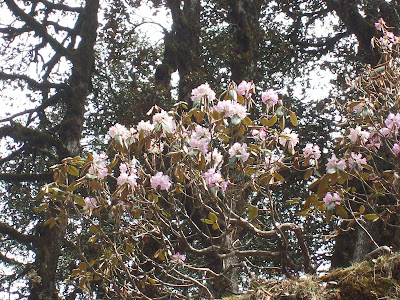 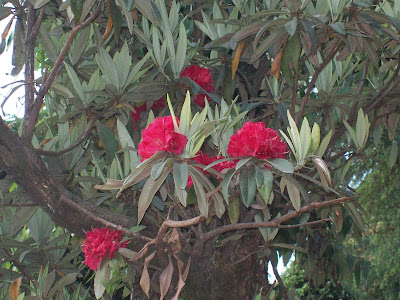 Rhododendron is called Guras in the local language. The flowers of the red rhododendron are used to make jam . Rhododendron flowers are also used in local cooking.
The plant is very popular among gardeners in the west, where many hibrids are available. 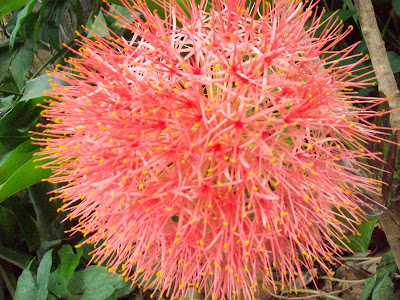 The African Football Lily, or Blood Lily Scadoxus multiflorus probably knows about the World Cup. It is blooming everywhere in my garden. 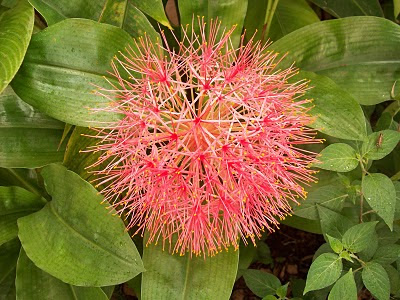 The flower is also known as the Monsoon Lily and the Fireball in India. It has another botanical name, haemanthus multiflorus. The inflorescence is big and spherica, resembling the football.The plant has bulbs which multiply each year. This lily is a native of Namibia in Africa. The leaves are bright green and attractive. The plant flowers during the Monsoons.
All parts of this plant are poisonous. 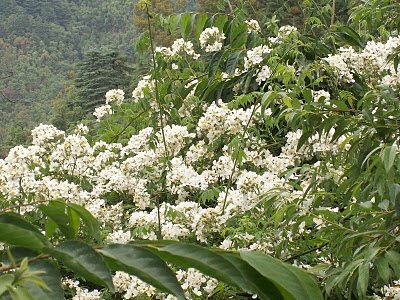 The white Himalayan Wild Rose is a common wild flower in altitudes of 4000 feet. They compete with the Rhododendron is showing off their spectacular blooms. 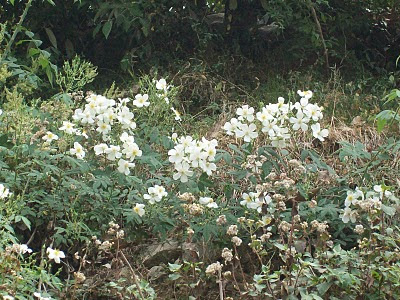 The cream coloured flowers attract bees and butterflies, and perfume the surroundings. 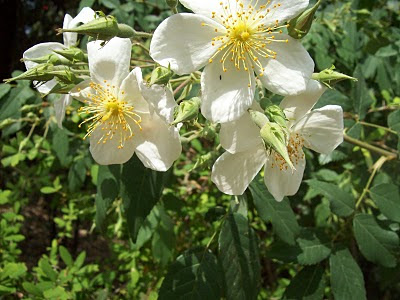 I don't know if they are the natives or a spillover from the roses planted by the British in the last century. Whatever it is, the Himalayan Wild Rose is beautiful.