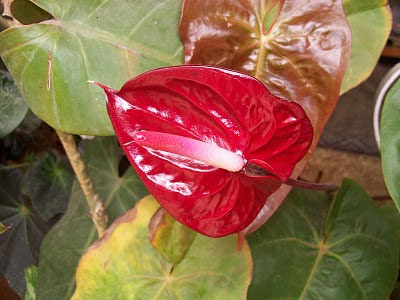 The Anthurium never fails to attract people with the stylish beauty of its flowers. 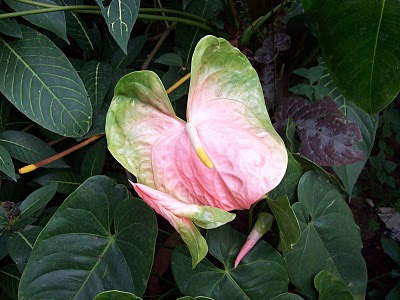 It is also called the Flamingo Plant and the Boy Plant because of the structure of its inflorescence. Belonging to the Arum family,it is the native of tropical America, introduced to India not long ago. Our neighbouring state of Kerala leads in its cultivation. The flowers and plants of anthurium are exported.
The anthurium is easy to grow in tropical regions. It flowers through the year and the flowers last for a long time. The flowers look great in a flower arrangement. 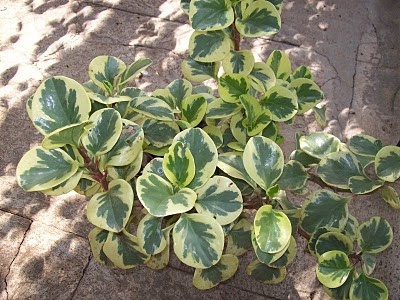 Peperomia is also called the 'Radiator Plant'. It is the native of tropical America, which has naturalised itself in the tropical and subtropical regions all over the world. In South India, peperomia can be seen in hanging baskets in railway stations. Some peperomias have thich leaves, which make them drought resistant.
The picture above shows the Variegated Peperomia Peparomia obtusifolia variegata in my garden. I had taken the photo during the solar eclipse last week. You can see the crescent shaped images of the sun around the plant. 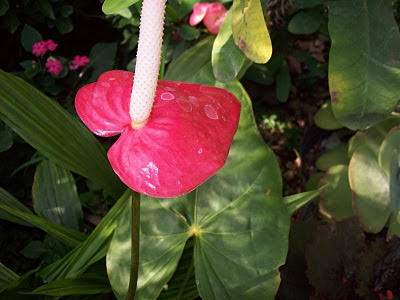 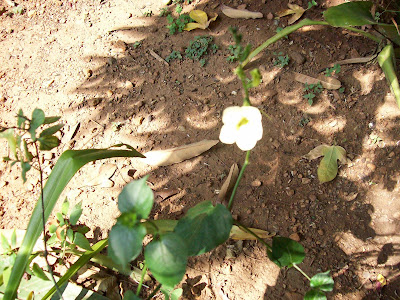 The flower of the Asystasia gangetica is surrounded by the images of the eclipse. 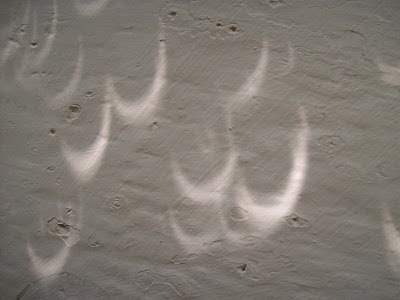 On a cement pavement. 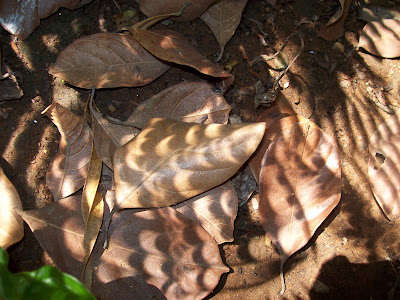 The eclipse mirrored by dry leaves. 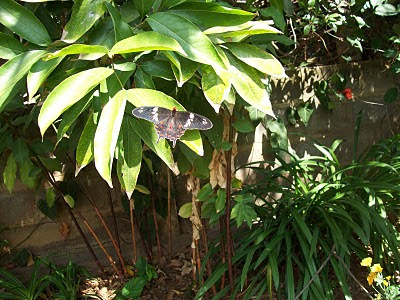 A butterfly basking in the light of the eclipsed sun. 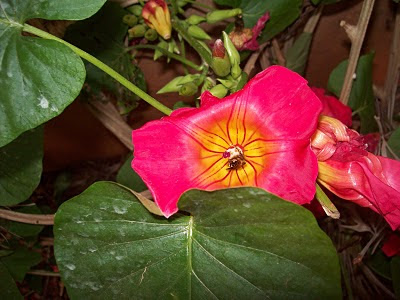 The Spotted Heart, Stictocardia tiliifolia is a native of India and the neighbouring areas. It is flowering in profusion now, attracting bees. 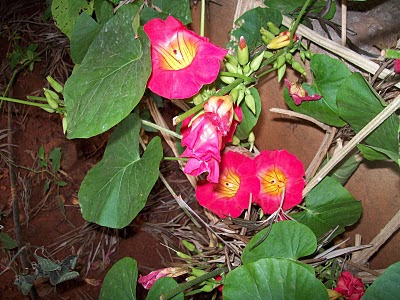 The flowers are an attractive orange erd with yellow throats. They are funnel shaped and large, so that two or three bees can visit a flower at the same time. 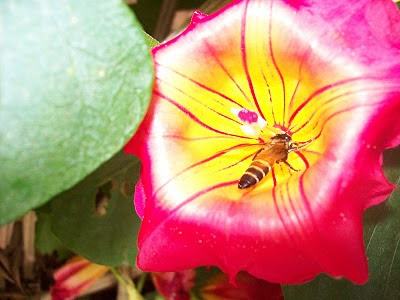 The plant gets its common name from its heart shaped leaves, which have glandular dots.
Although it is a native of India, I could not find any mention of its uses in Ayurveda, the Indian system of medicine. Perhaps the Chinese medicine has uses for this plant. 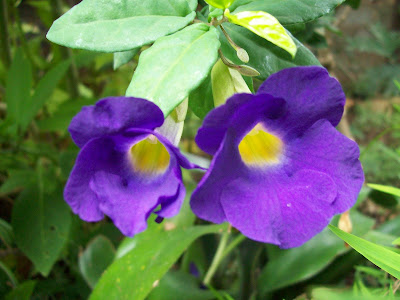 Thunbergias are tropical flowers usually from India and South east Asia. The Thunbergia erecta is a native of Africa, now quite at home in Inda. There is a white flowered variety , which flowers profusely. Thunbergia erecta is also known as the King's Mantle, and Bush Clock vine. Its blue flowers with their yellow throats cover the bush in a sunny position. All thunbergias are called clock vines , I wonder why.