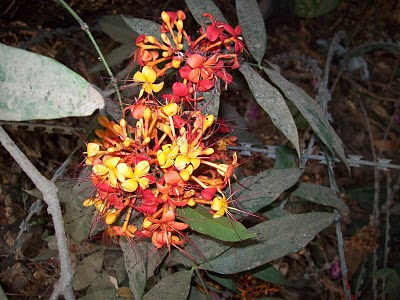 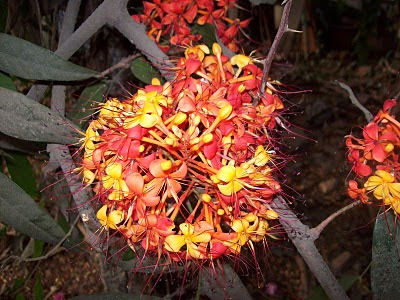 The Ashoka, also called Sita Ashok, is a native of India. It has many legends connected to it.Sita , the heroine of the Hindu epic Ramayana, was imprisoned by Ravana in a garden of Ashoka trees. Siddhartha Gautama, the Buddha, was born under an Ashoka tree according to some Buddhists.
The tree is of great medicinal value in the Indian systems of medicine. 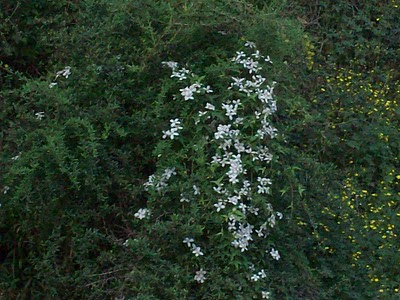 A wild flower which blooms profusely in May in the Himalayas is the Himalayan Clematis- Clematis montana or Clematis himalaya. 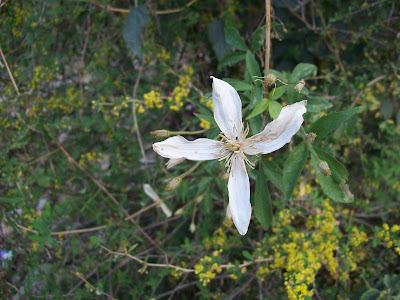 The four petalled white flowers have pale pink centres . The climbers are seen enveloping trees . There are bushes of Clematis too, in all sorts of wild places.